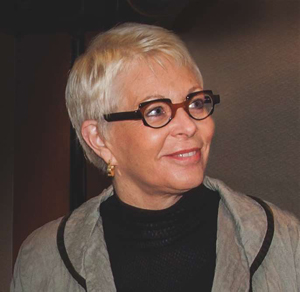 Lynn Behar (MSW ’86, PhD ’99) is the 2015 Moya M. Duplica Distinguished Alumni Award recipient. A tireless proponent of oncology social work education, a leader in the community and a scholar in her own right, Behar is a passionate supporter for improving the psychosocial care of cancer patients, survivors and their families.

Behar earned an MSW from the School of Social Work in 1986 and then worked as an oncology social worker at Group Health Cooperative in Seattle. Her specialty was helping cancer patients and their families navigate the painful and lengthy road that often accompanies diagnosis and treatment. More than a decade later, she returned to the School to earn a doctorate in social welfare.

Soon after earning her doctoral degree, Behar’s mother, diagnosed with leukemia and recurrent breast cancer, died in 2005. This devastating personal experience, coupled with her professional commitment to oncology social work, inspired her to endow a scholarship fund in her mother’s honor to support the training of the next generation of oncology social work leaders. In its early years, the Carol LaMare Scholarship program supported two MSW students each year who were placed in oncology settings. Thanks to Behar’s continued generosity, the program expanded in 2011, admitting six MSW students and one doctoral student. Scholarship recipients receive intensive mentoring through a year-long clinical seminar and Behar takes the time to meet with each of them personally.

In addition to her leadership in oncology practice and social work education, Behar is a respected contributor to psychosocial oncology research. She has been a long-time board member and reviewer of the Journal of Psychosocial Oncology, and she co-edited and wrote the well-received Handbook of Oncology Social Work, the first textbook specifically written for social work practitioners and researchers, published earlier this year.

Join Lynn Behar to celebrate her selection as the School’s 2015 Moya M Duplica Distinguished Alumna at a special reception on Wednesday, June 10, from 5:30 to 7 p.m. in the Governor Room at Hotel Deca. Behar will be honored along with Angenie McCleary (MSW ’07) who received the 2015 Early Career Achievement Award.