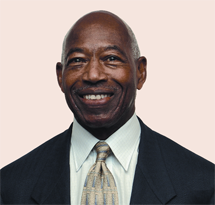 The University of Washington School of Social Work is pleased to announce that Norman Johnson is the recipient of its 2011 School of Social Work Distinguished Alumnus Award. For nearly 40 years, Mr. Johnson has tirelessly promoted social and economic justice, especially among those suffering from mental illness and substance abuse in the African-American community.

A University of Washington and School of Social Work graduate (BA, ’71, MSW ‘73), Mr. Johnson is a long-time friend and colleague, prized for his creative collaborations that support and enhance our mission to educate. Most recently, he shaped a unique partnership between his agency and the School of Social Work to provide our students with a direct path to earning their chemical dependency certification with onsite internships and hands-on training.

Over the years, Mr. Johnson has maintained a striking community profile, serving as an advisor, mentor and leader for diverse public service, nonprofit and professional agencies and boards including: