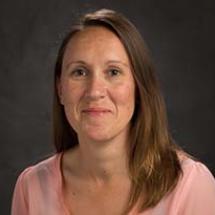 While completing a Bachelor’s of Arts Degree in Human Development and a Bachelor’s of Science Degree in Psychology at Washington State University in 2001, Amanda discovered the field of Child Welfare. There she was propelled into the MSW program at Eastern Washington University and participated in the CWTAP Program, graduating in 2004.

Amanda began with the Alliance in October 2015 after nearly 13 years with Children’s Administration. During her time with CA, Amanda held numerous positions which included social work and later supervision in Child Protection and Child & Family Welfare Services.  Those positions provided her the opportunity to support best practice in several offices, partner with local tribes and promote community involvement to improve the lives of children.

These experiences have all led to the excitement and passion behind coaching, training and supporting child welfare staff.